No one but me can love anyone this much 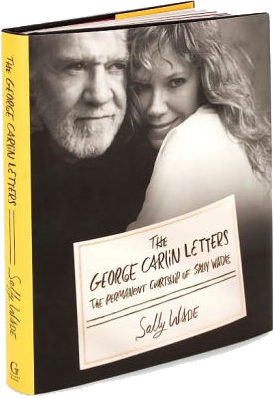 “SALLYBURGER,
If you took THE NUMBER OF SUB-ATOMIC PARTICLES IN THE UNIVERSE and multiplied that number times itself THAT MANY TIMES; and then added the total number of MICRO-SECONDS since the beginning of time, times itself; and then added 803—you would STILL have only the tiniest fraction of A BILLION-BILLIONTH PER CENT of the amount of love I HAVE FOR YOU.

A stand-up comedian, Carlin gained fame for challenging society’s taboos, notably with his shocking recital, “Seven Words You Can Never Say on Television.” At age 60 he married Sally Wade, a Hollywood screen- and comedy-writer, shortly after his first wife died of cancer.

Do you have a love story or love quote of your own? Share it with us.