Soda Springs: Love, Sex, and Civil Rights is a story, not an essay or political screed. It’s meant to be enjoyed, to entertain. But it also sheds a bit of light on an era and people caught up in that era, and raises issues we still wrestle with today. The following questions are meant for discussion in a reading group, with students in a classroom, or simply for readers who want to dig deeper into the book.

Is Soda Springs a civil rights story or a coming-of-age story? 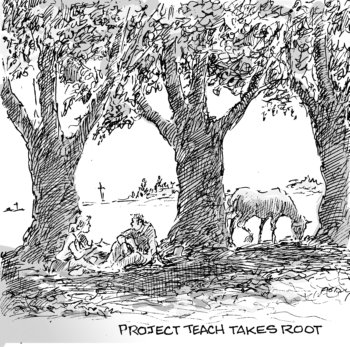 Rick is inspired by Martin Luther King’s civil rights message. But often, it is sex that motivates him — not civil rights. He’s a college senior, a virgin, and haunted by his failed encounters in the past. After his escapades with Priscilla and Ginny, Concha teaches him the difference between sex and love.

What role do whites have in the struggle for civil rights? 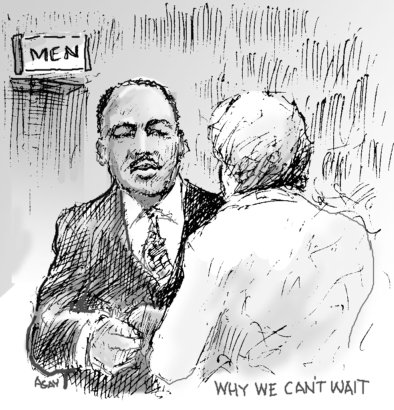 In “Letter from Birmingham Jail,” Martin Luther King argues that white liberals are more harmful to the Negro cause than the Klu Klux Klan. In the novel, Rick involves himself in King’s Birmingham, then joins the Mexican struggle in Soda Springs.

How do we effectively combat racism, discrimination, and poverty? 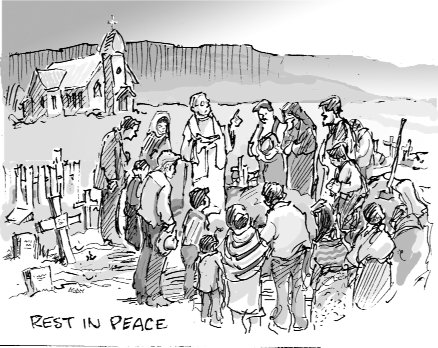 Mexicans in Soda Springs have been discriminated against for decades. They hold no political offices or government jobs and own no businesses. The batos picket; white Soda Springs labels it a “riot.” Mexicans boycott local stores and mount a strike; the town crushes both efforts. The local newspaper fans the flames with one-sided reporting.

What does Soda Springs tell us about today’s virulent rhetoric on “illegal immigrants”?

With Arizona leading the charge, the cry to seal America’s borders strikes many as a new round of ethnic prejudice, particularly against Mexicans and Mexican-Americans. It isn’t new we’ve heard it before but in the past few years the rhetoric has become increasingly strident and nasty.

How do we effect social change in American communities?

Several characters set out to change Soda Springs: Rick hopes Ginny will help him sell Dr. King’s message to the town; Bob and Flor enlist Rick and Ginny to rebuild the youth group; Lupe and Concha seek to redress a history of discrimination. Yet, the efforts to combat social injustice get all mixed up with the characters’ personal actions and external forces far removed from issues of civil rights. 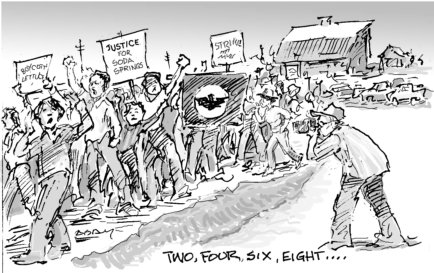 Outside resources (a government grant) made it possible to build La Casa de Esperanza, and to mount Lupe’s summer project. In Birmingham, many outside forces aided in the “Children’s Crusade” including Martin Luther King and the Southern Christian Leadership Conference. Some would argue it takes actors both inside and outside a community to effect significant change.

How does history play into the story’s outcomes? 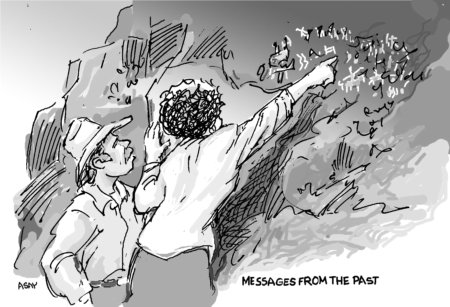 Soda Springs is not a tabula rasa: Rick comes home to a town with a history of ongoing conflicts, about which he has little knowledge. Some conflicts affect Project Teach much more than, Rick’s own doings, e.g., the feud between Buck and Odell on the church board.

What are the costs (and rewards) of a teenage summer romance?

Ginny is 18, with a full summer ahead before her first year at Texas A & M. Then Rick, a college man, shows up. When she rescues his ill-fated project, love blossoms; they believe they’re soul mates. She gives herself to him; he’s her first. But their adventures including wild sex scandalize the town. 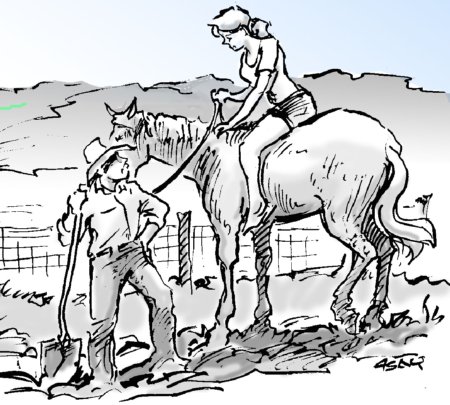 Are there particular dangers or rewards in cross-cultural dating? 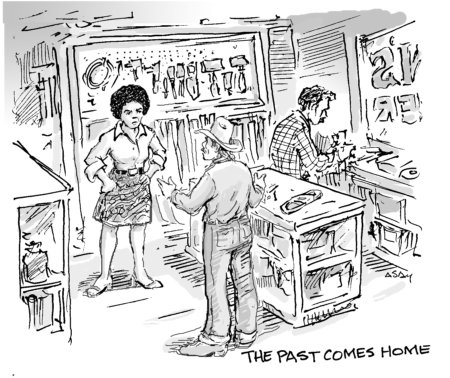 Rick is white, and Concha, Mexican-American. Their dating in high school caused a scandal . . . simply because of community traditions.

How do we respond to rape?

Flor’s attempt to revive the youth group leads to her proposal that Odell back off and let Ginny run the youth program under Flor’s and Odell’s guidance. Her request gives Odell his opening to turn a simple planning meeting into pre-meditated rape. 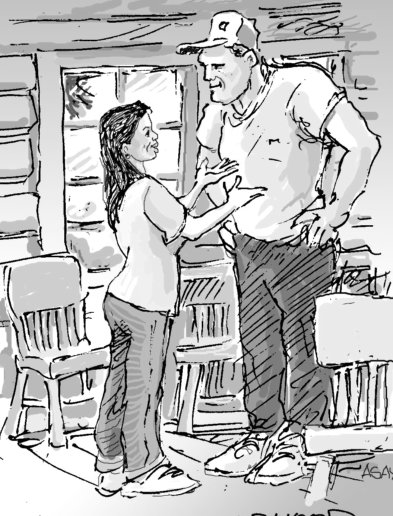 Buck Bennett takes the law into his own hands: he beats up Odell, forces him to resign, and to give restitution both to Flor and to the high school girl he raped.

How do the perils of farming affect the story’s outcome? 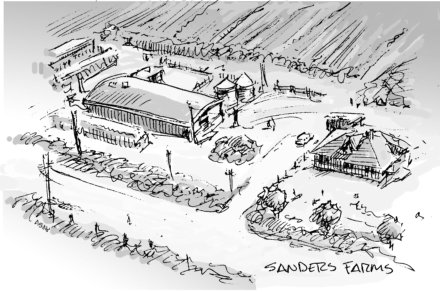 Behind the story, but only hinted at, is Soda Springs’ economic decline. Farmers feel under siege from corporate farms, huge debts, high cost of machinery and supplies, but low crop prices, and mounting government regulation. Mostly what we see through Rick’s eyes is that farming is hard work.