American goyim in Jewish Cuba: Adventures in the land of Castro 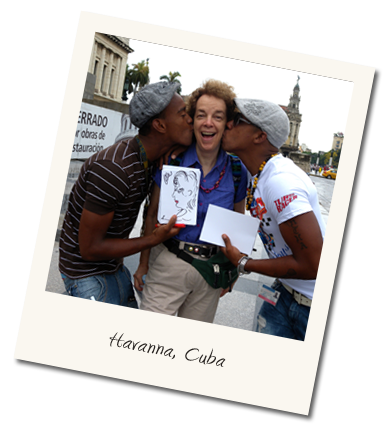 I’ve wanted to go to Cuba since my college days in the early 60s. I was a budding journalist in high school, and went off to college in the fall of 1959 – nine months after Fidel Castro, Che Guevara, and Camilo Cienfuegos led the revolution that ousted dictator Fulgencio Batista from Cuba.

I quickly found a home on the Colorado Daily, the University of Colorado student newspaper. At the Daily, we covered Cuba as if it were a campus hot spot – we ran stories on agrarian reform, nationalization of businesses, the flight of the middle class to Florida, the U. S. trade embargo, the Bay of Pigs debacle, the missile crisis.

I dreamed of zipping off to Cuba to witness the results of the revolution for myself. No dice: when the U.S. slapped its embargo on Cuba in 1961, it forbade Americans from going there. Dream shattered.

Fast forward, 2012, my wife and I are in Miami International Airport, tickets for Havana in hand. We’re in a tour group of seven, bringing medicines to Jewish-sponsored clinics in Havana and Santa Clara. This blog charts the story of our tour:

We’re sightseeing in Havana. What’s this . . . a public park honoring John Lennon, complete with a life-sized bronze statue? Yep, that John Lennon, the Beatle (who’s music Fidel Castro condemned in the ’60.) Then there are the homages to Mother Russia’s Cuban years:...

END_OF_DOCUMENT_TOKEN_TO_BE_REPLACED

So what are Cuban people like today? After a week’s tour I’m not in a position to make sweeping generalizations. I can at least offer a few experiences. Our previous blog, Cuba classic cars and the Havana Hustle, reflected our first encounters with Cubans on the...

END_OF_DOCUMENT_TOKEN_TO_BE_REPLACED

Day one in downtown Havana: sightseeing here we come. I’m barely out of the van when a guy waves me over to a gorgeously restored Chevy: a ‘56 Bel Air sports sedan. “I give you a ride, señor!” He tries to push me inside. He’s in my face, and I scurry away. Another...

END_OF_DOCUMENT_TOKEN_TO_BE_REPLACED

Cuba seems far removed from the horrors of Hitler’s Holocaust. But here in Havana, the synagogue Templo Sefaradi serves up an excellent exhibit that keeps those memories alive . . . and ties them directly to Cuba. The exhibit reminds us of the tragedy of 938 Jews who...

END_OF_DOCUMENT_TOKEN_TO_BE_REPLACED

You won’t find Jewish Havana on the Cuban tourist circuit. It’s not even hinted at in Lonely Planet Cuba or Michelin’s Havana must-sees. No wonder: today, Cuba’s Jewish population is a tenth of what it was in 1959 – an estimated 1,500 (of which 1,100 live in Havana),...