We know, we know . . . You’ve been wondering! Answers to some of the most persistent questions we get—and some you were too polite to ask.

In Rendezvous to Remember, you describe in vivid detail events that took place more than 50 years ago. How can you possibly remember those?

Terry: Simple. We keep things: like the expense ledgers I kept starting in high school, as well as receipts, scores of letters, and even bound copies of newspapers I worked on. Those newspapers were especially useful. In addition to being a record of what I was working on and thinking about at that time, they also gave us rich detail about the weather, our favorite restaurants, and then-current events.

But we also did our research. An example: In two scenes in A Rendezvous to Remember, Ann and Jack camp out in his army pup tent. Intimate? Yes, but how intimate? To find out, we bought a surplus Army pup tent and went camping. Now we both know exactly how intimate—and at the same time, how roomy—a pup tent can be. And for Ann, it brought back the sharp, musty canvas smell, the scent of pine needles and moist earth (no floor on a pup tent), the night sounds, the discomfort of sleeping on the ground, and the awkwardness of getting dressed while sitting down and hunkered over!

You’ve written intimate details about your love life, embarrassing things! Isn’t it difficult to face your children after they’re read A Rendezvous to Remember?

Ann: Absolutely! But we’re probably not all that different from most people we know. I hope young people facing coming of age and other challenges will see they aren’t alone, that physical expression of love is normal. It’s important, however, is to making wise choices early on. Growing up is hard, even after you think you’ve already grown up. You make mistakes and learn how to make up for them. Eventually, you realize your challenges aren’t actually unique. But if you’re thoughtful, and if you take things slowly, you learn and grow and avoid life-altering mistakes, at the same time you accept who you are. And in the process, you become a better person.

Lots of people have interesting love stories. When you set out to write A Rendezvous to Remember, what made you think your story merited a whole book?

Terry: Actually, we didn’t plan to write “our love story.” It began because we were wondering, “After all those ‘best-buddy’ years, how did we end up a married couple?” Our writing was a process of discovery, and we quickly realized that our story was more than a tale of two people falling in love. It grew out of our own individual backgrounds, our educations, our families, and the national cultural changes in which we were enmeshed. A Rendezvous to Remember integrates our love story into the major societal movements of the day: the civil rights movement, the Cold War, Vietnam, women’s liberation, and the sharply divisive political climate. We are sharing far more than a love story. We are exploring that complicated time in which our generation grew up.

In A Rendezvous to Remember, you write about conflicts with your parents, in particular the fact that they opposed Ann’s marriage to Terry. How were you able to move on after that—or were you?

Ann: It was a bit dicey at first, but families do have disagreements. Learning to resolve conflict is another essential skill in the school of life. The good news: We were able to reconcile. In my case, I attribute it to the love my parents had nurtured over my lifetime, which I was then able to respond to in kind. I realize 56 years later that a loving family is powerful gift, one I hope we have been able to pass on to our own children.

Writing a memoir requires recreating your own past. As you wrote A Rendezvous to Remember did you discover any helpful hints that other writers can use?

Terry: Yes indeed—the rich source of info on the Internet. The best example: Ann found a 1963 Stars & Stripes article about two French lieutenants serving on the Czech-German border at the same time as Jack Sigg. Through Facebook, she got in touch with one of them. He had met both her brother and her boyfriend, and sent us photos of them. The Internet was the starting point. In our follow-up research, we eventually visited him and his family in France when Ann and I re-did her 1964 “grand tour” in 2014. He shared his albums of photos from the Cold War, and we had an extraordinary interpersonal exchange with his wife, children, and grandchildren.

Or take the photos of two July 12, 1964 events I wrote about in the memoir: the big civil rights march down Market Street in San Francisco, and our picketing the Republican National Convention at the Cow Palace. The internet also serves up obscure details that bring scenes to life—like the fact that when Rachel stepped off the bus in Boulder, Colorado, mid-morning on February 22, 1964, it was 37 degrees out. What a wealth of weather data is on the internet!

And Now Our Questions for Each Other… 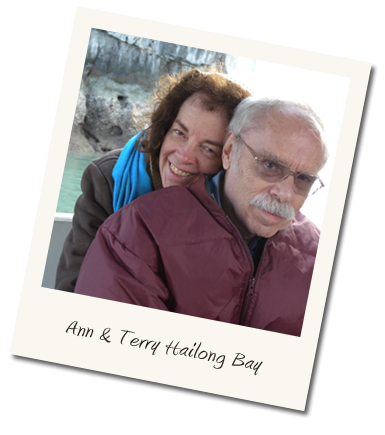 Ann: One of my big unanswered questions, Terry, is this: After we had been best friends for four years, how’d you get the crazy idea you wanted me to be your girlfriend? Wasn’t that kind of like wanting to kiss your sister. On the mouth?

Terry: You don’t remember? It was the freckles—50 million of them popped out that spring. How could I resist?

Seriously? OK, here it is: My “adventures” with Sarah and Rachael brought me to my senses. Those were intense affairs, but not grounded in the deep friendship you and I had. I could talk to you. You listened. You cared. Besides, we shared this quirky sense of humor and a zest for out-of-the-blue adventures. (Plus you have a few other sterling assets, which I’d better not get into in this public forum.)

Ann: Enough said. Why are you so willing to tell the world all our secrets? I’m still very squeamish about that. What would our parents say? What if our friends and family disown us?

Terry: How could you possibly ask me a question like that? After I blurted out all my seamy nuggets about Sarah and Rachel? On the other side of the coin, I must admit, I’m amazed that you finally agreed not to delete those deliciously intimate details about yourself that we include in the book; they demonstrate vividly what a complex, intriguing woman you are.

Beyond that, our story demonstrates how complicated love is. Our “courting years” were never a fairytale of happy forever-afters. They were fraught with pain and indecision and doubt. Telling our story meant we had to explore everything . . . including what we formerly held private.

Terry: The last time you asked me that question, I wanted us to take a boat down the Amazon, trek in the jungle, and sleep in a tree house atop the jungle canopy. So we’ve done all that.

Now what? On to the Galapagos! Or Petra! And Zanzibar! Or let’s share our fascinating nuggets from life among I-Kiribati and Solomon Islanders, or let’s talk about how climate change means death to societies living on coral atolls. Or tell the whole story of what happened in Center, Colorado. Or, who knows, maybe a butterfly will flutter by and—oh, there’s one now—Quick, let’s see where it goes! 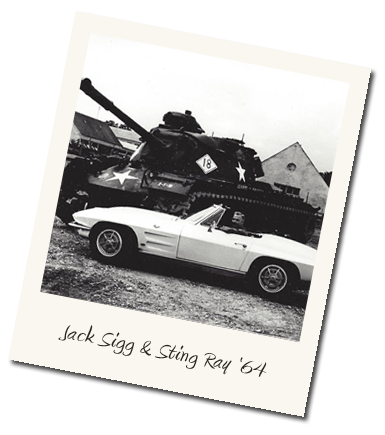 Terry: OK, let’s turn that first question around: I read your half of A Rendezvous to Remember and got to know Jack Sigg. Whatever made you decide to marry me instead of him?

Ann:Oooo. My hardest decision ever. You want a list? Here goes: #1: Your goofy sense of humor. #2: Your incisive mind, the way you put 2 and 2 together to come up with 5,729. Even today, I continue to marvel at—and learn from—your insight. #3: Your writing, especially your proposal letter. It still brings tears. #4: Your social conscience. #5: Your thirst for adventure.

An even bigger factor, we both discovered as I wrote my parts of the book, was the realization is that marriage is more than the blending of two individuals. It’s the merging of two ways of life and two different families. Jack shared many of the same personal qualities that you had, and you both came from lovely families. I loved your both—and your families—deeply. But I realized I couldn’t be an Army wife. You want more details? Read the book.

Ann:I hope they don’t ask! At the beginning of this project, I never imagined we’d include so much personal detail. The book started as a lark—to figure out how we worked our way through all the impediments, and to breathe life into those old memories, for our enjoyment, and later for our kids.

But as we became reacquainted with who we were fifty-plus years ago, I saw that coming of age is a life-long process in which we pursue, sometimes with tunnel vision, short-term goals with good intentions. In the process, we make mistakes. We hurt ourselves or others. We forgive, correct our errors, move on. In the end, if we’re thoughtful, and persistent, and lucky, maybe we do some good for others. Omitting our mistakes—or our endearments—from this account would have meant telling less than half the story.

Terry: Those days of A Rendezvous to Remember include only the first months of our many years of marriage. What do you think is our most memorable experience?

Ann: Oh, my. Too many to capture in a single breath.

But these would be at the top of a long list: jousting with Center’s Anglo establishment to help Chicanos improve education, health, and housing in the community, making lifetime friends in the process; sharing the Peace Corps director job in the Solomons, Kiribati, and Tuvalu; walking the beaches and skirting the bomb craters at Normandy and Guadalcanal; rafting through the Grand Canyon; building out a new classroom in Quetzaltenango; exploring ancient ruins at Tikal, Machu Picchu, and Angkor Wat; and swimming in the Amazon.

I’m also struck by the irony of being guided through the Hanoi Hilton by a former North Vietnamese Army soldier and coming face-to-face with a manikin outfitted in Everett Alvarez’s flight suit. And to think that Everett, the longest held American POW in Vietnam—8½ years—was your boss at the Peace Corps in Washington.

Finally, I smile, knowing through all these experiences that we’ve had each other—and later our two kids—to multiply the joy, plus friends who have lasted a lifetime.

And we’re not done yet.