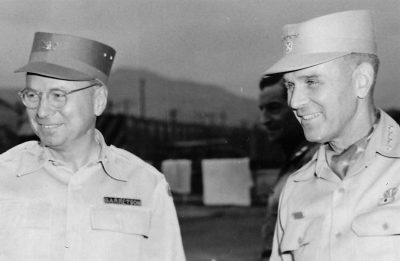 Dad was a military man, and an Okie with aspirations. After both his father and stepfather died, he grew up on a ranch with his twice-widowed mother, stepbrother, stepsisters, and cousin.

Though ranching was in his blood, Dad wanted to go to college. His mother sent him to finish high school at the New Mexico Military Institute, and on to the University of Oklahoma, where he parlayed his military training into officer candidacy.

A Racing Start for a Military Man

He was on his way up! He started in west Texas running a Civilian Conservation Corps camp—a program designed to provide jobs for young men and to relieve families who had difficulty finding jobs during the Great Depression. At the same time, these work groups built needed infrastructure throughout the U.S. During World War II, he was transferred to Guam, where he quickly rose to the rank of colonel and Chief of the Supply Division of the Guam Air Depot. His job: Work with the Army Air Corps and the Navy to organize and deliver materiel where it was needed, when it was needed. He was a military man with a mission. 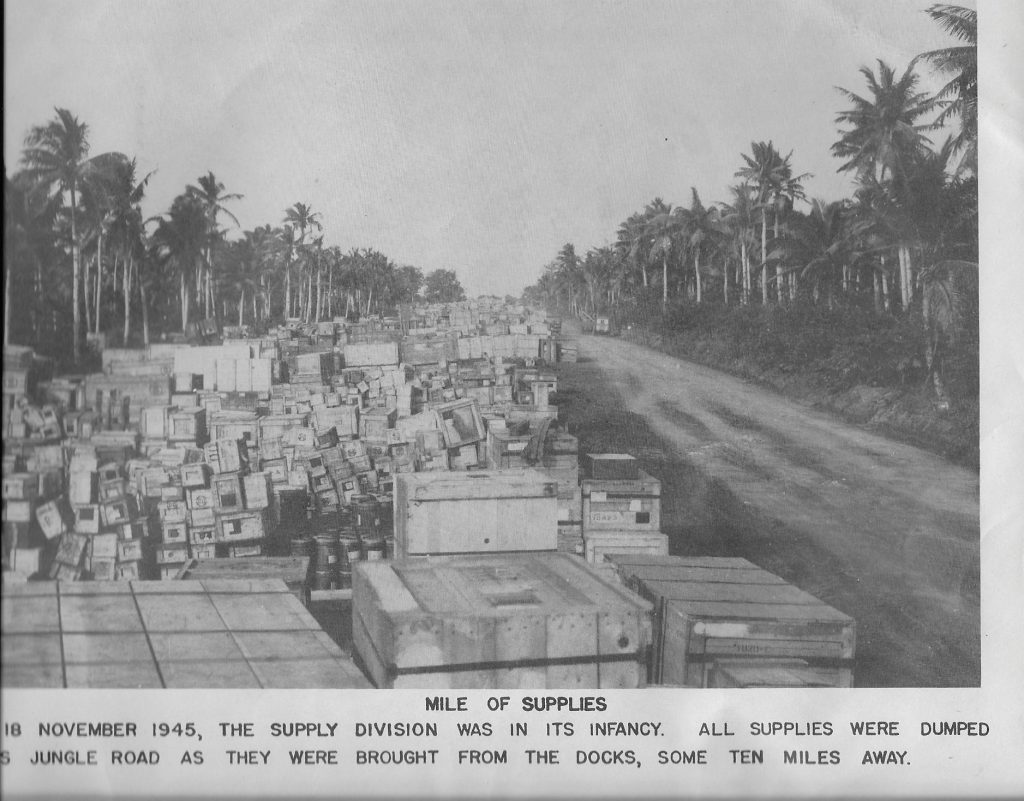 Imagine organizing the shipment and distribution of miles of supplies in the photo of the Guam Air Depot above—without the help of computers. The Army recognized the efficiency and importance of his work with a Legion of Merit, and he went on to serve more than 20 years in the Transportation Corps in assignments such as Port Commander in Pusan, Korea, where he earned a second Legion of Merit; and Commander of the Leghorn Port in Livorno, Italy, his final assignment as a military man before he retired.

A Military Man—and a Charmer with a Sense of Humor

Dad was military to the core, a man of few words, but a wicked sense of humor. He could charm anyone. His work and respect across cultures earned him recognition as an Honorary Commander of the Military Division of the Order of the British Empire, and the Ulichi Distinguished Service Medal with Silver Star from the Republic of Korea.

Medals Col. Ralph B. Garretson Sr. earned in his career

His cross-cultural facility reminds me that I didn’t wander very far from the corral, after all.

After he retired, Dad fulfilled a youthful longing and became a rancher in southern Colorado, where he immersed my younger brother and me in ranching. Meanwhile, to my parents’ delight, my older brother Bonner went to West Point and pursued his own career as a military man in the Armored Corps. 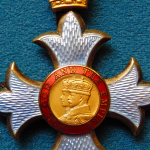 As a military man, Dad worked across cultures, earned medals from other countries, such as Commander of the British Empire

I wonder whether Dad and Mom had hopes I would marry an Army officer and follow in the family tradition. We never discussed it. They may have crossed their fingers when I became pinned to a cadet in Bonner’s West Point company. When I took exception to my boyfriend’s insistence that I drop out of the university to marry before I finished my degree, Dad advised, “A strong woman can straighten that out”—meaning me. My take-away? A strong woman can—and should—shape her own future. I soon parted with that boyfriend.

Was Dad disappointed I didn’t stick with my military man, and “straighten him out” instead? I’ll never know. Was he excited about my airmail romance later on with Bonner’s roommate, Lieutenant Jack Sigg, stationed, at that time, in Germany?

Here’s what Dad said—and did—when I got the courage and asked to borrow money for a cut-rate flight to Europe so Jack and I could figure out if we were the soul mates we imagined. To avoid getting Dad’s hopes up, I’d pitched the trip as “educational” for Bonner, Jack, and me: Together, we three would tour France, Italy, and Germany.

Then, as a hint at my intentions, I added, it would also “be enlightening for me to get acquainted with my correspondent (Jack) of the past two years.”

Not missing a beat, Dad wrote back, “In my day and time, and your mother’s, girls didn’t go sashaying all over the world to see their boyfriends. It was the other way around.”

Then, as a graduation gift, he paid for my ticket, and gave me pocket money for the trip.