Cancel Your Wedding, Girl: Come Live with me! 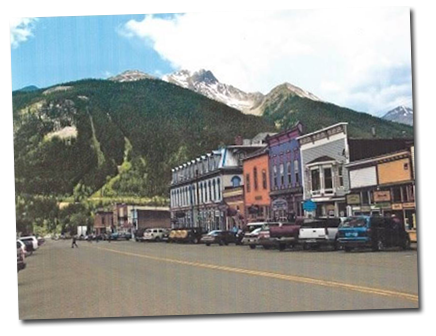 The lure of Silverton, Colorado—perched at 9,318 feet above sea level and isolated in a velvet-green valley 350 miles south of Denver—is not to be denied. Populated by rugged mountain men and women, including my friend Allen Nossaman, editor of the Silverton Standard, the town’s siren call was irresistible in 1963, when Allen invited me to work on the paper that summer.

I wrote dozens of stories, but it was my blistering editorial on the town’s July Fourth celebration and its schlocky tourist industry that really got the town’s blood pumping. Mine, too. Those, plus high-mountain hikes, campouts in 19th Century ghost towns, and jeep trips along mountain cliffs cemented my life-long love of Silverton.

But that summer of 1963 was lonely, too. My college girlfriend had dumped me. In Silverton, I foolishly dismissed the local high school girls as children—before I realized that there were no coeds in Silverton. Not one. Every day, by late afternoon the tourists left town for Durango. At night, Silverton was as desolate as an abandoned mine. I spent night after night alone. At times I was so lonely for a woman’s touch I didn’t think I could survive the summer.

A Chance Meeting in Silverton

But then came July 27, 1963, a Saturday. I was at the linotype, working. A gaggle of tourists clattered into the Standard office. Usually I ignored them, but that day this gorgeous girl swished behind the counter. My God: Laura Lee Christensen!

I had last seen her in the summer of 1960 when I took her to a small-town rodeo banquet I had to cover for the Valley Courier in Alamosa. That was the first time I’d dared to ask her out. In high school, I thought her out of my league: stunning, bright, sophisticated, and two inches taller than me. Our one date fizzled. Months later, I learned she had been two months pregnant that night—and just a week after our date, she married the guy and moved out of state.

Now, here in Silverton, Laura Lee’s throaty purr buckled my knees. Our eyes locked, hers so intense I feared she could see my lust. Our words puffed out in whispers, as if we were captives, with our kidnappers hovering nearby. 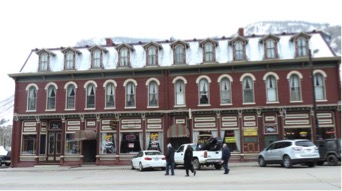 She disappeared into the Grand Imperial Hotel — with her fiancé!

I learned this much: She’d divorced the father of her child; was living with her parents in Delta, 80 miles from Silverton; the “gaggle of tourists” were her two-year-old daughter, her parents, her sister, and—oh, not again—a fiancé. They’d set a wedding date: November 9.

Her dad’s shouted “Let’s go!” jerked her away. I followed her out the door. Halfway down Greene Street, she looked back, gave a seductive wave. I dashed after her, got her address, then stood rooted, watched her until they disappeared into the Grand Imperial Hotel for lunch.

That night I mustered the chutzpah to write her: “You cannot marry; you must go to the University. And we can’t part with what little we have had. I’m coming to see you. Soon.”

Imagine: I asked this girl to call off her wedding—based on a fifteen-minute encounter three years after our only date.

Not only that, over the next month, I made a Herculean effort to convince her we were destined to be together . . . I even asked her to come live with me in Boulder for my senior year at the university.

What was I thinking?

« « The Joy of Christmas
From Hanoi Hilton to Washington » »