Sexual assault? Yep, # MeToo. My encounter with Dr. James Edwards is not unique. (See Part One of this blog, https://terryannmarshall.com/uncensored/metoo-1-memories-still-haunt). Many of us have been subjected to “lesser” sexual assault, the kinds that leave no physical trace. Often, we are reluctant to come forward, to **out** the perpetrator. Too many others of us have tried, and we have been dismissed and ignored. Read on . . .

In my hotel room the evening of Jim Edwards’ sexual assault, I wrote down every detail. In the following weeks, I went on to tell my story to two colleagues, my managers at the next two levels above me, my employer’s HR director, our corporate counsel, my Department of Energy client, and my attorney brother-in-law. Good moves, apparently, all of these. Contemporaneous documentation and reporting, even to my friends, I’ve discovered only recently, can bolster cases where no physical, digital, or eyewitness evidence exists. Everyone I told was incensed. They tried to help. Nothing worked.

I even told my story to Jim Edwards’ niece, who was married to one of my South Carolina colleagues. She, too, was outraged, said her aunt had had to put up with his behavior for years. But, she added, she would do whatever it took to protect her aunt from any public embarrassment. So that was it: No help there.

My employer’s counsel wrote to the Chairman of the Board of Trustees of the Medical University of South Carolina. No response. We considered legal action but my lawyer’s contacts in the Charleston legal community told him no one had been able to make any charges stick on Edwards, even though his behavior was well known. 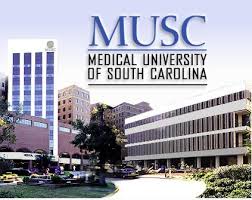 In the end, like so many women, I let it drop. Dr. Edwards was too prominent, too connected. And I was spending too much time and emotional energy on dead end streets.

For the all-too-typical woman, the aftermath of sexual assault may be worse. Her assailant may attack her integrity. Vilify her. Threaten, bully, intimidate her. Humiliate and ridicule her. Fire or demote her. The weapons? Denial, innuendo, lies and half-truths, character assassination, lawsuits, subpoenas, blacklists. Wealth or celebrity may enable him to dispatch his minions to dig up and trumpet details of her private life, to drag out legal proceedings, to bleed her dry financially and emotionally as she defends herself against these new assaults. These violations leave their own scars, which flare up when other perpetrators are exposed in the endless news cycle, assaulting more women, bragging about or denying their exploits – or both.

In the past, the perpetrators have mostly gotten away with it. In the she said-he denied dispute, what HE said typically has carried more weight.

But things are changing! Although Bill Cosby is still walking around free, his victims broke the lock on silence and took him to trial. Then Harvey Weinstein’s victims opened the floodgates after a band of sisters bravely refused to be ignored, and brought down an icon in the film business. His own company fired him. More women stood strong, and more well-known men began to fall.

I laud the courageous women who have gone public with their stories, who have put men everywhere on notice that we will be silent no longer. We need to demonstrate that we mean it – sexual misconduct against others is WRONG, and potentially a CRIME, whether it’s the President of the United States, or a miscreant uncle the family has tried to reform – or ignore – for years.