August 28: The Day MLK Called to Me 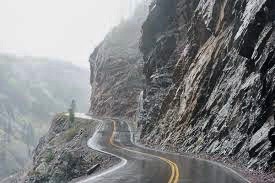 You know how some dates remain in your mind forever—the place, the time, the “feel” of an incident? Today marks one of those days—not only for all of us as a nation, but for me personally:

It’s August 28, 1963, Wednesday, late afternoon: I’m driving Red Mountain Pass from Ouray, Colorado, back to Silverton when the summer monsoon hits. My windows fog over. I inch into a rare pull-out at the edge of a cliff, only half a car wide.

It’s The March on Washington!

Mahalia Jackson sings, “I’ve been ’buked and I’ve been scorned . . .” The crowd roars—two hundred thousand people, Cronkite says. A rabbi speaks. Martin Luther King comes to the podium. Through the static, he cries, “Some of you have come fresh from narrow jail cells.”

I respond, “And me from the arms of Laura Lee Christensen, a girl who loves me.” The rain stops. I sit there on the edge of that cliff and soak in King’s every word.

King isn’t a stranger to me. His Stride Toward Freedom provided the intellectual basis for my request to be classified a conscientious objector. But I had never heard him speak. He pours similes over metaphors and wraps them in allegories. He knows when to pause, when to repeat, when to shout, when to whisper. He booms, “Let freedom ring from the mighty mountains of New York . . . from the snowcapped Rockies of Colorado.”

“The snowcapped Rockies! Wow, he’s calling me! Me, personally!! Here in the snowcapped San Juan Mountains of the Colorado Rockies.”

I drive on to Silverton in euphoria. Martin Luther King has touched me anew. I haven’t done enough for civil rights. I’ve lost my way since I left the Colorado Daily. I’ll make him proud, I vow.—Terry
—excerpt from Chapter 5, “Alone,” A Rendezvous to Remember

Listen to MLK’s “I have a dream”: https://www.youtube.com/watch?v=3P_s3ChZlRY

« « Memories of World War Two: My Dad on Guam
The Powerful Message Delivered on a Common Field » »