National holidays? We love them. 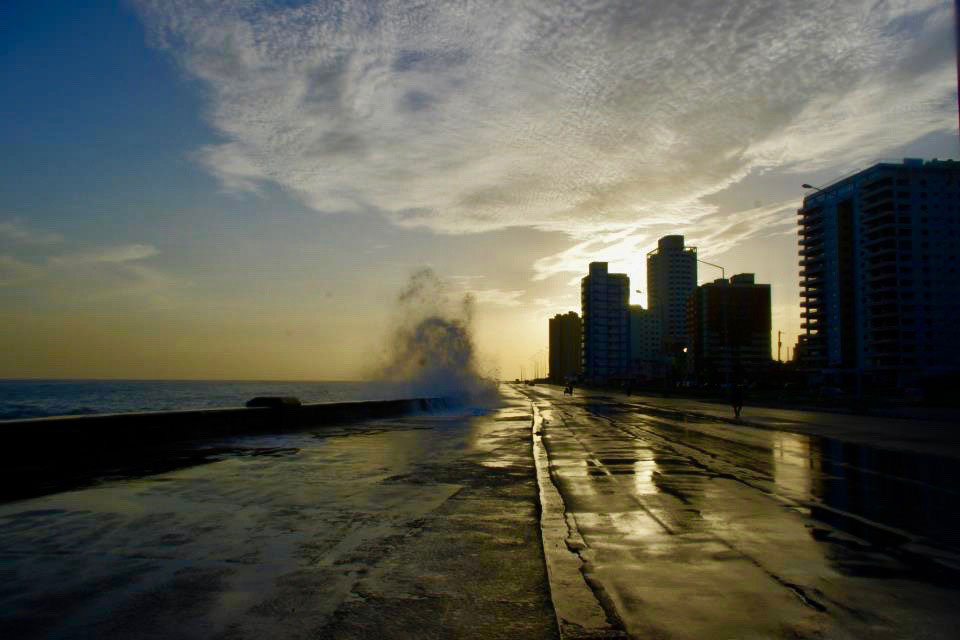 Photo: The Malecón, Havana’s seaside promenade: Note especially an ocean wave that has just crashed into the seawall, flinging its spume high into the sunset.

Tomorrow is a memorable one: 26 de Julio—National Revolution Day . . . in Cuba!

Yes, Cuba is a hot topic these days—as it has been for the past six decades. We know that. For some folks, just mentioning Che Guevara and Fidel Castro or the US embargo or Guantanamo or even the current street protests in Cuba can start a fight.

Frankly, we’ve got some pretty strong feelings about Cuba and US policy toward Cuba—particularly America’s prison on Guantanamo. But today, we ache for the people of Cuba, so let’s leave aside politics for a day. For us, travel is about people as well as places. And if you are open—and attentive—good people will find you and enrich your life.

To mark this Cuban holiday, we want to introduce you to a charming soul we met one night in Havana.

Here’s the setting . . . Earlier tonight we dined in the rooftop Café Laurent overlooking the city. I had rabbit. Why not? Cuban food is far more than beans and rice, washed down by mojitos.

No fiery rhythms echo from raucous cabarets—not a strain of mamba, salsa, timba; not even Guantanamera. Bourbon Street it isn’t! Even Cuba’s classic American cars seem bedded down for the night.

We’re in a section of the city where many of the classical colonial buildings of Old Havana haven’t yet been restored. Dim lights from shuttered buildings in various stages of disintegration and renovation barely penetrate the canopy of darkness. Our footsteps seem an aberration in this otherwise silent neighborhood.

No bright street lights or heavy traffic here, merely an occasional dimly lit window from a building that looks otherwise uninhabited. No throngs of revelers; only an occasional passerby scurrying along to . . . where? Home? Sleep after an exhausting day? 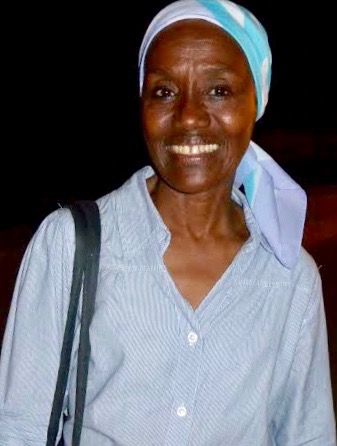 Our charming midnight companion, illuminating the darkness with her brilliant smile.

Suddenly, from the dark, a female voice floats over us, soft, yet penetrating: “Perhaps you are American?” A black woman clad in pale blue materializes from the darkness.

How did she know we’re American? We don’t ask that question; it’s been obvious to everyone we’ve met here.
Her English is impeccable, with a hint of . . . where? Jamaica?

We stroll together, we three, sharing stories. She teaches French. Yes, she studied in Jamaica and France. She grew up in Cuba, the daughter of an Antiguan.

She’s not free to express herself here, she says matter-of-factly, “No one is.” She wants to move to Antigua, but she can’t leave. “Few of us can,” she says.

She’s not complaining, merely stating her own reality of life in Cuba. 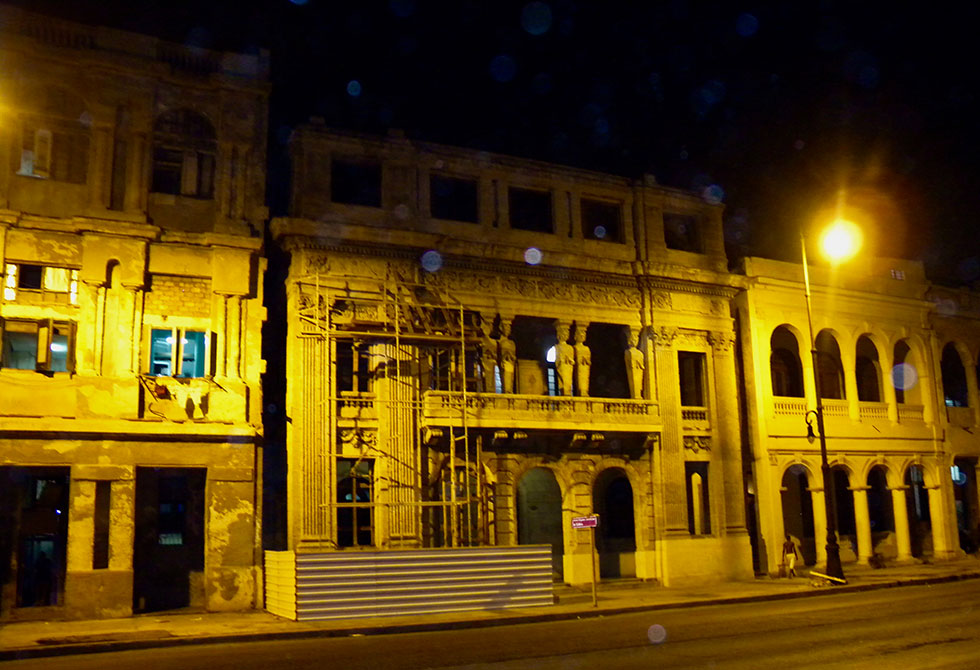 Restoration candidates in Old Havana: Note the bits of light in the center building, whispering of indigents finding shelter from the night in this otherwise deserted building.

Separately, Annie and I wonder what she wants from us. We wait for a pitch. None comes. At a side street, she says, “I must turn off here.” We exchange e-mail addresses, and she goes on her way.

Annie and I continue on. We’re both embarrassed that we assumed she was after something, that she was less than a friendly soul.

That’s it: a brief meeting. A fond memory. We think of her every time we hear of a new crisis in Cuba. And every time we wish her—and her compatriots—well.

She’s not our only memory of Cuba. In fact, come meet other folks who populate fond recollections of Cuba. We’ve included some of our favorite photos. Check them out at: https://terryannmarshall.com/cuba-blog/.

Then, take a break and listen to a rendition of Guantanamera that will both delight you and pull at your heartstrings; it’s at https://youtu.be/blUSVALW_Z4.—Terry

« « JULY 12—To Our Friends in Kiribati: We Celebrate Your Independence Day!
The Tragic Path into the Vietnam War » »