Notes On Human Creativity: From Adam To Atoms 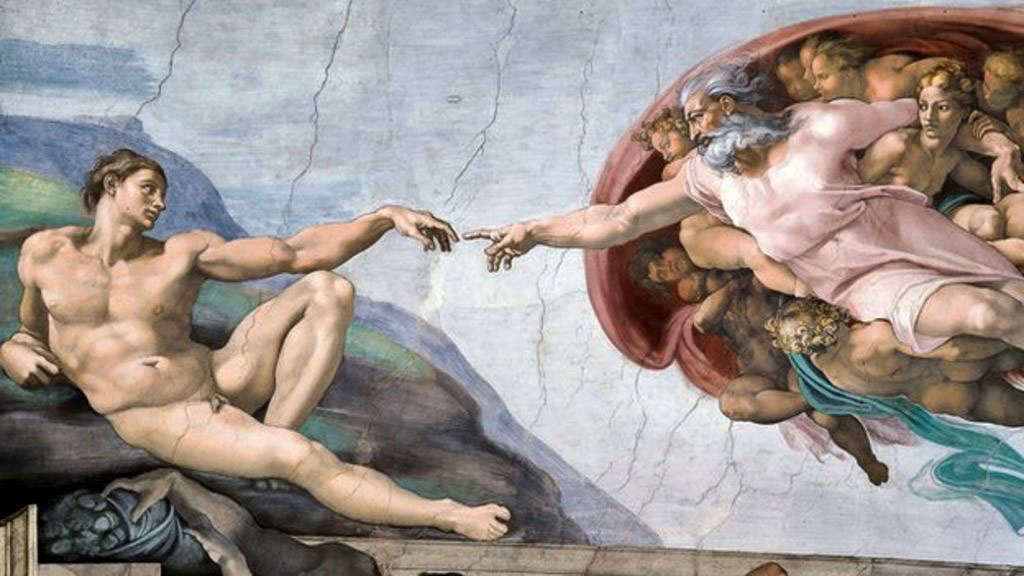 Imagine this: it’s November 1, 1512, and you’re one of the lucky few commoners permitted to enter the Pope’s private place of worship—the Sistine Chapel at the Vatican in Rome.

You look up. You’re awestruck. That star-studded blue sky is no more. Overhead, a wonderland of colorful, dynamic Biblical figures in fresco leap and frolic across the ceiling. After five years of labor, that 37-year-old Italian painter, sculptor, and architect—that Michelangelo—has brought the Old Testament to life.

Just being able to view the centerpiece of the ceiling, The Creation of Adam, is worth the trip to Rome.

What a grand tribute the Sistine Chapel is to the creativity of this extraordinary artist. As Johann Wolfgang Goethe wrote (back in 1787), “Without having seen the Sistine Chapel one can form no appreciable idea of what one man is capable of achieving.”

But wait a sec, Michelangelo’s genius isn’t the only example of mind-blowing human creativity made public on one of these November first dates in history. This one is remarkable in its complexity . . . and terrifying in its potential: 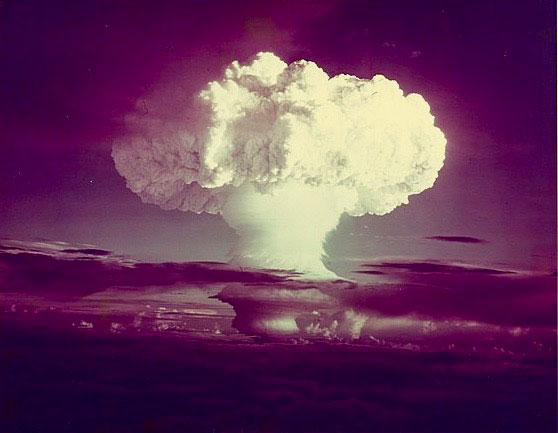 The mushroom cloud over Eniwetok Island

On November 1, in 1952—on one of the atolls that make up Eniwetok Island in the western Pacific—America tested its first thermonuclear bomb. It was a fusion bomb, over 500 times more powerful than the atomic bomb that leveled Nagasaki in 1945.

The blast pulverized the tiny atoll of Elugelab, creating a crater 6,230 feet in diameter and 164 feet deep. A mushroom cloud rose to an altitude of 56,000 feet in less than 90 seconds and grew to a diameter of 100 miles with a “stem” 20 miles wide. Watch a snippet of what happened as Elugelab disappeared forever.

What a mind-boggling outcome of human creativity: harnessing the tiniest of nature’s elements to create such an earth-shattering “achievement.”

Can there be a greater gulf than between the artistry we see in The Creation of Adam and the destruction we fear from having harnessed the atom?—TM

« « Bingham: A Family Name of Distinction, Not Obscurity