MLK and Me on Red Mountain Pass

The Day MLK Called to Me on the Mountaintop 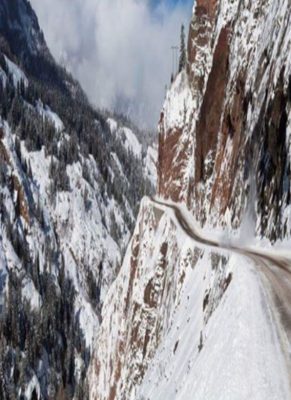 MLK on Red Mountain Pass in rural Colorado? How could that be? It was inspiration poured on top of a breath-taking moment:

It all started with a chance meeting on a heart-stopping day in Silverton, Colorado: Saturday, July 27, 1963, to be exact. I was setting type at the Silverton Standard when a friend from high school, now living in nearby Delta, showed up unexpectedly at the newspaper office. Our dormant friendship quickly blossomed into romance—despite the fact that she was engaged, and her wedding date already set.

A month later, near summer’s end, I drove to Delta to mount a last-ditch plea to convince her to come to Boulder and live with me that fall—a salacious proposal in those days. I pleaded. She waivered, and, on August 28, I drove back to Silverton hopeful that she would cancel the wedding.

On my way back to Silverton, rain pelted the windshield before I reached the summit of Red Mountain Pass. Then lightning, thunder, and a downpour. (Click here to experience that breath-taking pass in a rainstorm, with thanks to the Silverton Grocery and 9News.) My windows fogged over. I inched into a rare pull-out at the edge of a cliff, wide enough for only half a car. At that moment, Martin Luther King was the furthest thing from my mind. I flipped on the radio and heard Walter Cronkite’s avuncular voice, “. . . presenting Miss Mahalia Jackson.”

Through the airways: MLK has a dream

Mahalia Jackson sang “I’ve been ’buked and I’ve been scorned . . .” The crowd roared—two hundred thousand people, Cronkite said. That march on Washington! A rabbi spoke. MLK came to the podium. Through the static, he cried, “Some of you have come fresh from narrow jail cells.” I responded, “And me from the arms of Laura Lee Christensen, a girl who loves me.”

The rain stopped. I sat there on the edge of that cliff and soaked in MLK’s every word. He wasn’t a stranger to me. His Stride Toward Freedom had been my roadmap for the intellectual rationale for my continuing argument with the draft board that they should classify me as a conscientious objector. But I had never heard him speak. 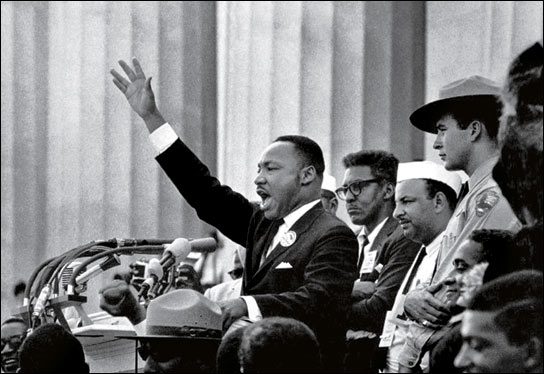 MLK declares “I have a dream” at March on Washington

MLK poured similes over metaphors and wrapped them in allegories. He knew when to pause, when to repeat, when to shout, when to whisper. He boomed, “Let freedom ring from the mighty mountains of New York . . . from the snow-capped Rockies of Colorado.”

He called to me! Directly to me, there in the snow-capped San Juan Mountains.

Late that afternoon, I drove on into Silverton in euphoria. Laura Lee had rescued my summer. She loved me, and I, her. If she did join me at CU, we’d live together. Life would be complete. On top of that, Martin Luther King had touched me anew. I hadn’t done enough for civil rights. I’d lost my way since I left the Colorado Daily. I’ll make you proud, I vowed.

Where were you in 1963 when MLK inspired the nation with his dream?

And have you ever seen Red Mountain Pass in a rainstorm? Hold your breath.  Here’s a peek (the attached video is only 38 seconds).