In Memory of Those Who Never Made It Home 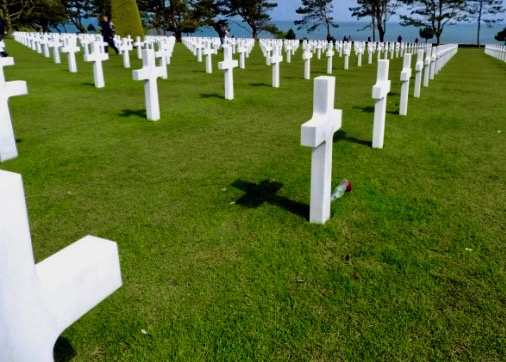 We’ve been fortunate through the years to have lived and worked in several foreign countries—three years in the Solomon Islands and two in the Philippines as a married couple; a year in Italy for Ann as a teenager. One result: a treasure-trove of great memories from those locations.

Tomorrow is Memorial Day, a day that reminds us how truly fortunate we’ve been—we’ve always come home from our foreign travels. Many Americans—hundreds of thousands—have not.

Memorial Day always immerses us in two solemn afternoons we spent at American World War II cemeteries abroad—one in Manila; the other in Normandy. 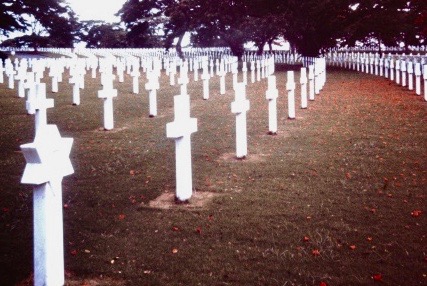 Manila’s 152-acre American cemetery is home to 17,184 American graves. Gleaming white markers stretch in precise rows as far as the eye can see. The day we were there, blood-red Poinciana blossoms puddled the grass among the silent rows. In addition, a curving cluster of huge marble tablets lists another 36,286 names of those missing in the Pacific Theatre in World War II. 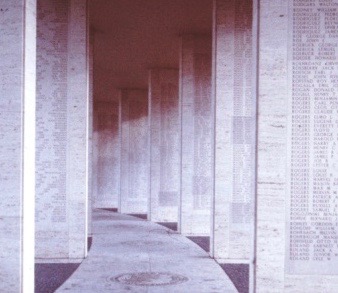 Both cemeteries plunged us into the past. We walked silently—you don’t chitter-chatter here. We read names carved into gravestones. We wondered about who they were, how they died, the families they never saw again. And we’re thankful that our fathers survived. Sobering places!

Sadly, these cemeteries and monuments memorialize a relatively small portion of the 418,500 Americans who died as combatants in World War II . . . and the 50,000,000-plus men, women, and children of the Allied nations who died in that war.

« « Questions for Mom
Stunned by a Frenchman’s Gratitude » »